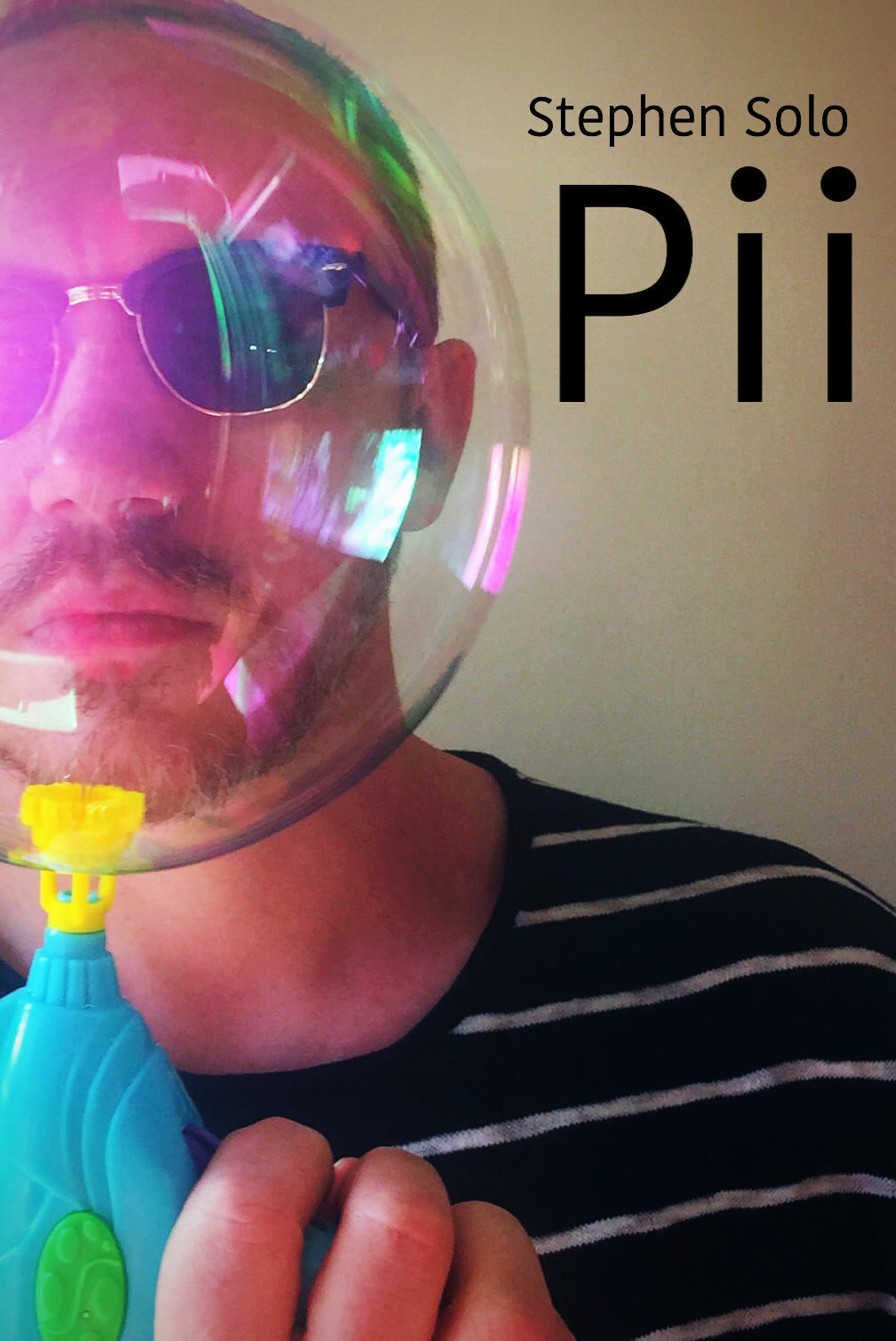 Strictly Limited to 75 Copies – DIY Electronica with accompanying Videos, Messages and Poetry – all on a branded re-usable LNFG USB Credit Card.
Pre-order for £6.00 plus P+P from our online store:

The story behind the recording of Pii by Stephen Solo:

“The phone stuff started with little experiments using iPhone and it’s version of garage band and I think I went through the same process everyone would while using that, in that it’s too fiddly to use on a small screen and it’s kind of a hassle.

But I’ve got over 400 phone demos on the dictaphone app and I’m always having to export them and the time it takes to go through ideas and make them real is just impossible…so I kind of hit breaking point with the amount of material and not having an outlet (the band is a very different thing and has its own life, this is more about the never ending flood of material that comes out of me).

Another thing that has been niggling me was that when I do workshops with young people and I’m introducing them to songwriting and coming up with weird wee films etc, I can always produce a fully formed and usually good idea by just doing it…it’s like there’s no writing involved. That’s happened with the band a few times too and there’s that magic moment where everyone combines without thinking.

So long story short, I’ve always known I had the capacity to produce things in a ‘throwaway’ fashion and that it’s always more enjoyable than ‘working’ on a tune. But I started doing it more when I got the bigger iPhone 6+ and just that little extra screen and finger space led me to doing little videos and cartoons in the same fashion (quickly, intuitively and no thinking) …once more it was more enjoyable than writing a script or song.

With the new phone came more space and quicker processing (this didn’t last long) so I realised I could have multiple music apps without constantly having to delete or back up video.

The first app that got me into the zone was ‘animoog’ which is a version of the classic moog synth and in just playing with a sound I’m usually already composing…if I find a sound I just get into it and see what it wants to do rather than thinking about what I want. In just reading reviews and descriptions on the App Store I found out that certain apps can be linked to garage band through a separate program called ‘audiobus’ and this acts the same way as if you were to plug in any instrument in a real studio and put it through the computer, there’s always a ‘bridge’ program to link thinks…so once I got that I had a look at what other apps could be linked together and essentially set up a virtual studio in my phone with a set up that I liked. I got a few vocal effects apps including one that mimics the sound of specific mics and a drum app called ‘funk box’ that emulates all the classic drum machines from the 80’s. I find that if I get a beat I like and a synth or vocal sound set up I’m into a song so fast it writes itself.”