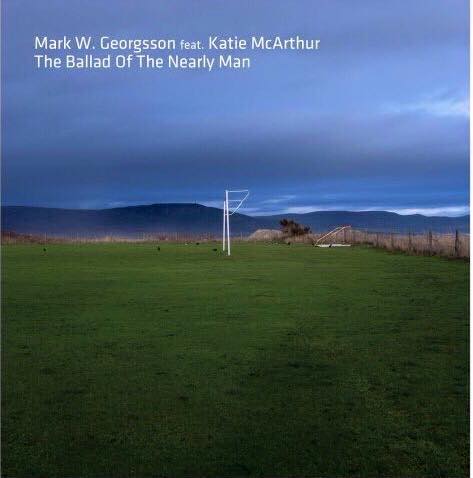 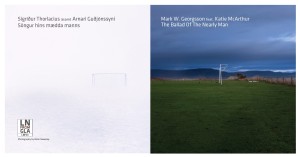 Last Night From Glasgow is proud to announce that its first release is a double A-side 7″ single by Mark W. Georgsson. 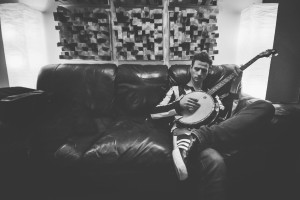 Mark W. Georgsson is a singer/songwriter/multi-instrumentalist from Glasgow. Former bass player with punk pop band The Velveteen Saints, Mark has just recently finished recording his debut album with Rod Jones (Idlewild) producing.
Recorded between Edinburgh, Mull and Reykjavík with a revolving door of friends and musicians, Georgsson gives us his own take on alt. folk/country with touches of Nordic vibe.
The first release from the album is a double AA-side 7-inch on brand new record label Last Night from Glasgow Records. The Ballad of the Nearly Man is a duet with Mark’s friend Katie McArthur and the AA-side is the same song recorded in Icelandic by Mark’s friends Sigríður Thorlacius and Arnari Guðjónssyni. Arnari is the singer from Icelandic band Leaves.
Talking about the album, Mark said ‘I started compiling the songs last January, 2015. I wanted to make a country/folk record as that was the kind of stuff I was writing at that time. My band The Velveteen Saints were in the process of breaking up and this was the direction that I was wanting to go in.I had some unfinished songs lying around and started looking into my back catalogue at some of my older songs that I still thought stood up. Together with them, I wrote some brand new songs to fit the album.’
The fact that the songs are being released on vinyl is something Mark is excited about, Mark said; ‘I’ve always loved buying a physical record on CD, but particularly vinyl. There’s something about it, having it in your hands, looking at the artwork, checking out the credits, flipping the sides, not to mention the sound on vinyl. It’s a full musical experience that you just don’t get with digital downloads. It’s that final showcase of all the hard work that’s been put into making the music that you’re listening too and product that you’re buying.’