Last year, we had two of our artists remix each other and you can hear the outcomes of this venture on our ABC of LNFG CD and Digital Release. They also took time to interview each other and here is that unexpurgated stream of consciousness from Gus & Albert of Sun Rose and Gordon, Lily & Dickson of L-space for your enjoyment.

What would you like to launch into the sun?

Gus (G): Very difficult to answer this question without getting political!
However I’d like it to benefit humanity in some way. So I’m going to say
the world’s remaining fossil and nuclear fuels so we all have to start
using renewables.

Albert (G): Fair enough, but I would question the carbon footprint of
launching the world’s remaining fossil and nuclear fuels into space.

G: Hmm…maybe the launch vessel is powered by algae biofuel?

In Disney’s Alice in Wonderland there are singing roses. If a rose were to
join your band, what role would you give them?

G: Well those thorns make for useful plectrums (plectra?) so some kind of
stringed instrument, maybe a bouzouki, koto or zither? And we always need
more percussion so if they’re willing to pick up a djembe or two then
they’re a shoe in.

A: If an animated, musical rose joined our band I’d be pretty tempted to
put them front and centre. Make the whole show about them. That’s what I’d
want to see as a punter.

Mary is a scientist who knows everything there is to know about the
science of colour, but she has never experienced colour because she has
always lived in a black and white room. One day she is given a red rose
and she experiences colour for the first time – does she learn anything
new?

G: Wow. How did Mary become a colour scientist without performing any
experiments in colour?! I already doubt her science credentials, so I’m
guessing she might learn something temporarily but forget it soon after.

A: It’s possible that Mary mastered the study of colour in its abstract,
mathematical form. The sudden sensation of actual colour could well
trigger a cascade of emotions, leading to the eventual rejection of her
calculating, scientific past and a childlike return to art, music,
mythology and fantasy.

G: Hopefully we’ve not managed to alienate both science and art lovers
(i.e. everyone) with that response!

In ten days the sun will emit its biggest solar flare, wiping out all of
Earth’s electricity. It is unknown how long it will take civilisation to
recover. How do you prepare?

G: Grab a tent, a lighter, a pan and a whole load of Tesco value
noodles/tins. Take a guitar too. Fill the car up. Drive up to the west
coast of Scotland somewhere an find a sheltered valley/beach and wait for
things to calm down. Meanwhile try and source some copper from somewhere
and fashion your own generator. It’ll be fine…

A: This reminds me of a book – “The Death Of Grass” by John Christopher.
In attempting to escape a similar apocalyptic scenario, a group of
protagonists adopt the strategy Gus is proposing. It wouldn’t be a spoiler
to say: it doesn’t go smoothly.

G: Well that’s clearly because they didn’t know or have any decent guitar
tunes to play.

(I’ve not read the book but it sounds interesting so if I later read and
stumble upon a chapter in which said protagonists recite the back
catalogue of Bert Jansch then you can assume my face will be quite red).

A fiery alien from the sun begins to communication with Earth. What do you
give it as a welcome gift from Earthlings?

G: A copy of Abbey Road by The Beatles, explaining to them that humanity
has already written songs worshipping the Sun King so we’re on your side
and not worth conquering.

A: As the 180gsm vinyl copy of Abbey Road by The Beatles melts in the
fiery alien’s fiery grip, it would frown and sigh. Judging our sacrifice
as unsound the Sun King will emit the sun’s biggest solar flare, wiping
out all of Earth’s electricity.

6. What are your tips for staying safe in the sun?

G: I’m not great in the sun. In fact I once got sunburnt in the Lake
District on an overcast day in April (I was out walking all day and it was
pretty windy so that didn’t help things). So just always pack some high
factor suncream and find shelter wherever possible.

A: my tip would be: don’t underestimate the value of the Vitamin D your
body generates from direct sunlight. I grew up in the middle east and,
much as I love my adopted home of Glasgow, I do miss that sweet Vitamin D
hit. Supplements just don’t cut it.

NASA will give you a (limitless) grant to design a way of harnessing the
power of gravitational waves for the good of humanity, as long as you can
come up with a plan within 5 mins. Give us such a plan, please?

Lily: I’m no physicist and also don’t know about the possibility about
using phenomena on the quantum scale in the fabric of spacetime that might
be effected by gravity, so here is what I could think of in five minutes :
the energy source I can imagine getting from gravitational waves is
gravitational potential energy. We could set up two buoys in space
attached by a long wire (length calculated by the wavelength of the
gravitational wave ) and use the difference in gravity between the buoy on
the ‘peak’ of a wave and on the ‘trough’ of the wave to harness the power
of gravitational potential .

Do any of you ever seriously think you’ll be able to go into space within
your lifetime? Moon tourism, Virgin Galactic etc.

Gordon: I believe so, but not in a space opera intergalactic sort of way.
I think there’ll be local space travel and probably colonies on the Moon
and Mars. One of the biggest breakthroughs will be the ability to get
materials and goods out of orbit without the current extraordinary cost.
If we invested money in space elevator research, probably tethered to
geostationary satellites, we could ferry materials out of orbit without
the fuel consumption of traditional space craft. Once we can do this it’ll
be cheaper to build things in space than on Earth, which makes the
possibilities almost endless – especially for human transport around the
solar system. Another big breakthrough would be the ability to wirelessly
transfer lossless energy. This would let us build some kind of dyson
network of solar satellites around the sun which would beam limitless
energy back to Earth. Limitless energy plus orbital construction equals
bags of fun.

Lily: Elon Musk will save us all.

Gordon: Visionary. Throughout history there have been people who have
almost single-handedly changed the world. The reality of today’s world is
that to succeed in business, especially with theoretical and disruptive
technologies, you have to work directly against the interests of big
business. 90% of this is a PR battle to change public perception, which in
turn will (eventually) shape policy, but it’s an uphill battle in the UK
and American political systems. So what Elon Musk has achieved in the face
of overwhelming opposition from the automotive industry and its extensive
corporate interests is nothing short of miraculous. The Musk/Tesla PR
stunts that might put some people off the brand are an essential part of
modern business.

L represents the number 50 in roman numerals. Will L-Space be gigging
when they’re 50? How do you imagine what gigging will be like then?

Lily: I think we’ll be gigging when we’re 50, definitely. I think in 50
years musical experiences will be much more immersive, sort of like the
holophoner in Futurama. With advancements in brain-computer interfaces
maybe we’ll be able to hook musicians up to audiovisual equipment and beam
the music and imagery straight from their minds to the audience.

Gordon: absolutely. I think holograms will be much more prevalent, but
live streaming ones as opposed to pre-recorded. Whatever wonderful
technological advancements we have by then I bet we’ll still get scalped
for booking fees.

Maura: I think we’ll still be gigging, yeah. Imagine what audio technology
we’ll have by then – I don’t think we can even begin to imagine what
sounds we’ll be able to create in another 30 years.

Where did the name L-Space originate?

Lily: L-space is short for library space. It’s from the Discworld series
by Terry Pratchett. His theory is that if knowledge equals power, and
books contain knowledge, large amounts of books in one place would warp
space and time. 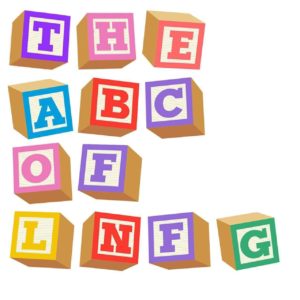