On Saturday 2nd March LNFG packed the battle bus and headed for the big smoke, travelling with us from Glasgow we had Cloth, hot on the tails of a highly regarded 6 music session and much critical acclaim and Sister John, fresh from releasing their sophomore album. An album which garnered BBC Scotland Record of Note and Single of the Week. Radio 6 have started paying attention too recently, so we were quitely confident of drawing a crowd.
Heading north from London and Brighton we were joined by Foundlings, who only a day earlier had released their debut EP to more BBC Introducing Love.

The Sebright Arms is a cracking venue with a sunken floor in the basement of the the bar/restaurant. In-house we came across one of the best and most attentive sound guys we have ever had the pleasure of working with. Things were sounding good and spirits were high.

Doors opened at 7.30 and a steady flow of folks began arriving. By 8.20, the time Cloth opened proceedings the venue was sold out and jammed to the rafters. We found ourselves in the unusual position of turning folks away. Cloth’s 40 minute set was quite quite brilliant, all poise and craft. The attention of the sound engineer ensuring that Rachael’s vocals were high in the mix whilst the guitars sparkled in their precision. As always Clare’s drumming was a majestic presence, assuredly driving the songs forward in the likes of “Demo Love” and gracefully maintaining the poise in the more delicate tracks such as previous single “Tripp”.

A brief decant to the bar followed before Sister John took to the stage. Arranged in their attack formation of Guitar, Guitar, Vocals, Violin and Viola, they – after a tiny monitor driven false start – grabbed the audience with a gallus rendition of “The Other Side of Love”. The more conventional Guitar, Bass, Drums line up appeared quickly as they took us through the rockier elements of their repetoire. Like Cloth before them, Amanda’s stunning vocals were prominent and thanks to the excellent sound, her lyrics were clearly on display to be admired to the full.

Jonathan’s guitar play was as always a commanding presence and dazzled during the likes of “Try To Be Good”. It was – for me anyway – “Waiting for the Sun” that stole the show. Jonathan, Heather and Sophie’s harmonies were spine tingling, underpinning the truly beautiful song writing craft. Before closing with a blistering “Silver Whistle” they wheeled out “I’m The One” and what a thrill it was to see the London audience unable to escape the compulsion to dance.

Another brief bar break followed before the home team took the stage. Clearly many friends and family of Foundlings were in the audience and you could see them pushing forward to take closer position. Despite having signed Foundlings 6 months ago, this was actually the first time that many in LNFG had seen them live. What a prospect they are.

Another brilliant drummer on display. Olly’s command of his kit reminded me of Clem Burke and the Blondie comparisons won’t stop there. Elsewhere Matt’s intricate and driving guitar play caused a fellow artist to comment on the similarties to Johnny Marr, a greater compliment could not be paid in my mind. Bryan is a classic bass guitarist, no fuss, no pretence just doing precisely what is required and adding beautiful harmonies (with the rest of the boys) when required. It is Amber, however, who steals the limelight, like any true frontwoman should (did we say three bands all fronted by the fairer sex?) She swaggers and sways with the self assurance of someone who has been doing this for a very long time. Amber took time to thank LNFG for their support and rolled out a quite brilliant version of “I Love You All” from The Frank Soundtrack. It was however the closer of their recent single “Enemy” that sparkled most of all.

We retired to the bar to chat to our many new friends and supporters and share in a well deserved self congratulatory pint. We do it all again on 16.03.19 at Stereo Cafe Bar. You should come! 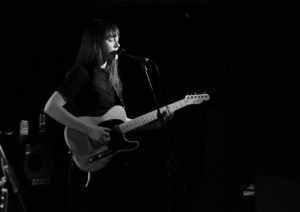 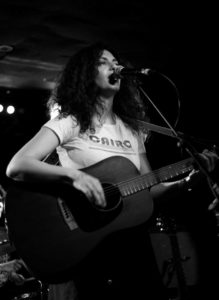 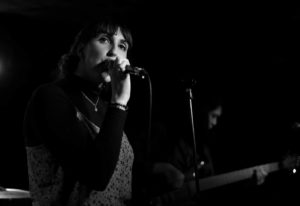