The creation of L-space in late 2016 was a result of chance meetings over the gluing of shoes (ask them when you see them), sound tracking spoken word events and working in restaurants. The resultant musical collaboration produced some dazzling pop-tunes that could have easily integrated into the Twin Peaks soundscape of David Lynch and Julie Cruise.

L-space’s debut album Kipple Arcadia, released on beautiful pink vinyl, is the perfect musical storm. L-space’s unique sound emerges from the collision of their multiple musical references to create a sound like no other. This is electronic pop music mixed with the ambience of Philip Glass, searing guitars and topped with mesmerising vocals.

Easing you in through the seductive sci-fi sounds of Home Sweet Home, Kipple Arcadia showcases the breadth and depth of L-space’s talent. Whether it’s Gordon’s beautiful piano on I Float Through Wires; Dickson’s deep bassline on Blue Flowers; Lily’s breathtaking vocals; or the instantly captivating combination of sounds on each track, you will emerge from listening to Kipple Arcadia with at least one new favourite song.

In April 2019 the band announced Music For Megastructures, which they described as a cinematic electronic score for a city that does not exist yet. Released digitally 19/04/19, it features four movements tackling Travel, Work, Health and Life in the future city. Watch the video for Lives are Getting Longer, the opening track to the Health movement, below:

Backup Baby is a synth-driven track with bitcrushed beats and speculative lyrics inspired by cloning babies as organ farms. Not a light subject but an incredible track that drifts into your head with deceptively gentle beats, waves of gorgeous lyrics and an undercurrent of complex sounds that combine into a song that you will want to play on repeat. 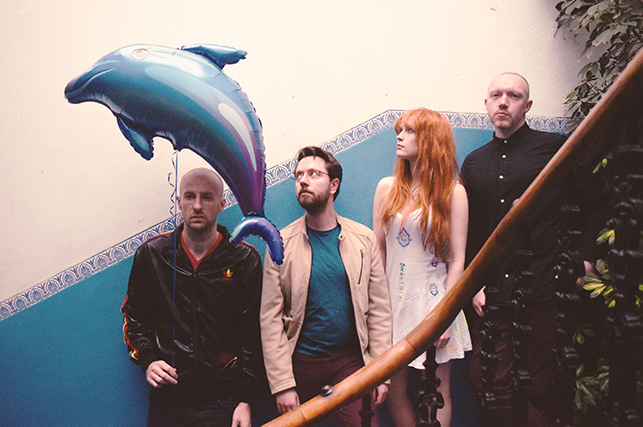