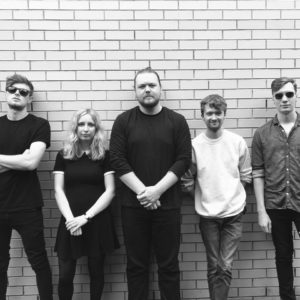 Built up around the songwriting and vision of band-leader Leo Bargery, Mt. Doubt has been a shifting mass of musical output since the band’s genesis, which saw the release of their debut album ‘My Past is a Quiet Beast’ in 2015.

Ever-active, Bargery quickly went on to release sophomore record ‘In Awe of Nothing’ in 2016 (on Scottish Fiction Records) before releasing three EPs, ‘The Loneliness of the TV Watchers’, ‘Moon Landings’ and ‘This Must Mean Something Awful’, throughout 2017 and 2018. Taking cues from Bargery’s musical and literary influences, Mt. Doubt deal in the darker side of things, often dipping a limb in the atmospheric while remaining lyrically-driven and unflinchingly personal.

Four years in, and Mt. Doubt have performed across the country: from Inverness to Brighton, from the Isle of Skye to Cardiff, and a whole lot of places in between. Including appearances alongside the likes of Idlewild, White Lies + We Were Promised Jetpacks.

In late 2019, the band signed to Last Night From Glasgow in advance of releasing their third album – slotted for September 2020.