On Monday November 12th Last Night From Glasgow (LNFG) announced the release detaiils of the new album from legendary Glasgow DIY three piece Bis. “Slight Disconnects” will be released in February on CD and three different flavours of vinyl LP. A Yellow, an Orange and a standard black vinyl. The theme of three continues with the announcement of three launch events spread across the city of Glasgow on the weekend of 15-17 February.
LNFG are thrilled to announce that, in order to help those gig goers traverse the city, we have forged a partnership with the First Bus group. This partnership will enable everyone buying a ticket to any of the events (Glad Cafe, Shawlands. The Old Haidressers, City Centre. The Hug and Pint, West End) to enjoy a free bus ticket, nae, bis ticket to and from the gig on any of the First Glasgow services on the day.

Ian Smith, founder of LNFG states “When we first came up with the idea of the city tour for the bis album launch, I thought it would great fun to include bis passes for the attendees, one totally speculative tweet resulted in a chat with First Glasgow’s head of Public Relations Graeme Lafferty, a meeting later and we had fleshed out the idea to what it is now and we couldnt be happier to have a partner like First Bus.”

Graeme Lafferty “First Glasgow are delighted to support to launch of Bis’ new album and comeback. Ian and the team at LNFG are a pleasure to work with and so we are pleased be able to forge this partnership which will enable fans easy access to attend these three unique gigs.” 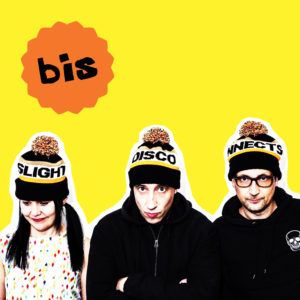 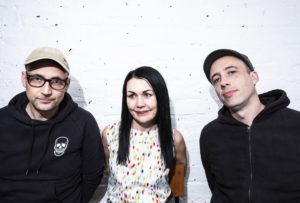