Last Night From Glasgow are proud to announce a partnership with Little Tiger Records from Glasgow’s Riverside Music College.

The students from Riverside Music College have long shown an ability to spot young and upcoming talent and assist artists in their first tentative steps within the music industry. LIttle Tiger was founded as a platform for Riverside students on the HND Music Business course to release and promote the music that emerged from the partnership and they have produced some marvellous results over the years.

Last Night From Glasgow will soon embark upon their fourth year releasing and promoting (predominantly) vinyl releases and staging events throughout the country. LNFG has enjoyed tremendous success over its first three years and it is fitting that what will be their 20th vinyl release will in fact be a partnerhsip release with Little Tiger.

LNFG will provide funding and infrastructure whilst the students at Little Tiger will provide promotional support and engage with LNFG throughout the release process. The album being released is the debut from Fenella. A dark jazz folk affair briming with dazzling vocals and a burlesque feel throughout, reminiscent of Elektra Records’ back catalogue.

Furthermore Last Night From Glasgow are delighted to confirm that henceworth, one LNFG release per year will in fact be curated and released in partnership with the Riverside Music College. Ian Smith (Founder of LNFG) states “we are a community driven endeavour, we believe that at the heart of our business is the principle of doing things right and fairly, what better way to drive our ethical approach forward than at the very beginning of a music students career, we can show that it is possible to run a succesful platform without having to play industry games and compromise on your principles”

Douglas MacIntyre senior lecturer at Riverside adds “one of our previous students (Daria Jaszcz) is involved with LNFG, and the more I heard about the label from her, the more I was impressed by their approach to label operations. We are excited to be working with LNFG, their community driven approach fits in perfectly with the ethos we are developing at Little Tiger Records / Riverside Music College. We are looking forward to releasing the Fenella album, which has been co-ordinated from A&R to release by the Little Tiger students”. 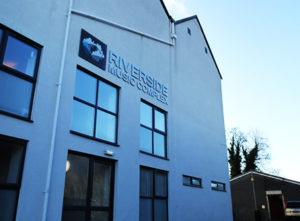