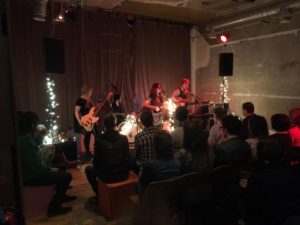 We are delighted to confirm that Sister John’s magical debut album Returned From Sea will be released this September in gatefold luxury and on heavy vinyl bearing catalogue number LNFG8. Launch events are planned for The Hug and Pint on both 14th and 15th September and a single “Sweetest Moment” will be released on 23/06 (LNFGd7) an accompanying video is currently being edited and will be revealed shortly. Sister John also play an exclusive gig at LNFG Towers on 24/06. Tickets are free and available only to those who ask really really nicely.