Fans of intelligent indie guitar pop were celebrating on Tuesday night when LNFG announced the forthcoming release of “Post Neo Anti” the third album from Scotland’s Close Lobsters. The album recorded with John Rivers, who manned the desk on their first LP “Foxheads Stalk This Land” way back in 1987, will be released on February 28th 2020 jointly with Shelflife Records Portland.
A launch event is planned for Glasgow on February 29th and pre-orders etc will be coming soon. 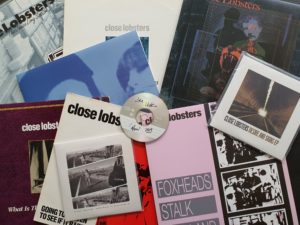