“I am extremely excited to be working with everyone at Last Night From Glasgow and can’t wait to release Earthbound with them in 2020, bring it on”. Paul McGeechan.

Last Night From Glasgow are beyond delighted to announce that we have reached an agreement with Paul McGeechan to release the second Starless album. Earthbound will be released on at least two Vinyl formats, CD and Digital Download on May 29th 2020.

Paul (Love & Money, Friends Again) has been working on the album for the last couple of years and has put together a beguiling and impressive list of collaborators including guest vocalists Emma Pollock (Delgados), Julie Fowlis, Grahame Skinner (Hipsway), Chris Thomson (The Bathers) and Steven Lindsay (The Big Dish) alongside the majestic Prague Philharmonic Orchestra.

The first Starless album released was longlisted for the SAY award in 2017 and received massive critical acclaim, we expect the new album to garner a similar response. We are hugely excited to bring the album to a live setting over the next 10 months. Plans are afoot for a show full scale live shows and some smaller intimate events, in the new year. The first single – Paper (featuring Emma Pollock) will be released in January on Digital Download, other formats may also be available.

It took the team at LNFG barely a few minutes to agree to release the album. It is a hugely exciting step for the label and we cannot wait to get moving on the process. LNFG is a non profit patronage and all 2020 members of LNFG will receive an exclusive pressing of Starless as part of their years membership. 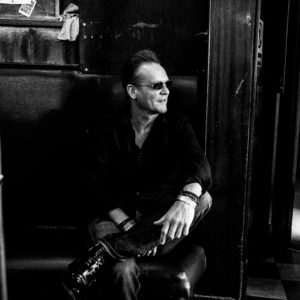